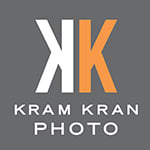 Views of the Cape Florida Light from the beach in Key Biscayne, FL

This lighthouse has significant meaning to me. My grandfather was a painter who would come down from Connecticut to visit South Florida. Although I never met him, I grew up appreciating his paintings in our house. One of my favorite paintings was of this lighthouse. Although I grew up in Texas, my parents met in Miami and would talk fondly of Key Biscayne. It brought me great joy to come to this lighthouse and capture its beauty as seen today. And while this lighthouse has much family history, it has great history in Florida as well!

Ponce de Leon named this area 'Cape of Florida' when he led the first Spanish expedition to Florida in 1513.

The Cape Florida lighthouse was completed in 1825 but was damaged during the Second Seminole War. The rebuilt tower, completed in 1846, remains the oldest standing structure in Miami-Dade County.

When the Second Seminole War started in 1835, the Seminoles attacked the few European-American settlers in southern Florida. In January 1836 the Seminoles massacred the family of William Cooley at their coontie plantation on the New River, in what is now Fort Lauderdale.

On hearing of the massacre, the settlers on the mainland around the Miami River crossed over Biscayne Bay to the lighthouse. As the island was not considered safe, the settlers and Captain Dubose's family moved to Key West for refuge.

Later in January, Lt. George M. Bache, U.S. Navy, arrived from Key West with a small work party to fortify the lighthouse tower; they boarded up the ground floor windows and reinforced the door. On July 18, 1836, Captain Dubose went to visit his family in Key West. The assistant keeper, John W. B. Thompson, was in charge, aided by Aaron Carter, an African American.[9][10]

Five days later, on July 23, 1836, a band of Seminole attacked the lighthouse. Thompson and Carter reached the lighthouse tower; Thompson later recounted feeling rifle balls go through his clothes and hat. The Seminoles grabbed the door just after he turned the key to lock it. Thompson exchanged rifle fire with the Seminoles from upper windows in the tower for the rest of the day but after dark, the raiders approached the tower, setting fire to the door and a boarded-up window at ground level. Rifle balls had penetrated tanks in the bottom of the tower, which held 225 gallons of lamp oil for the light, and the oil caught fire. Thompson's clothing had been soaked with oil, and he and Carter retreated to the top of the tower, taking a keg of gunpowder, balls, and a rifle with them. The two men cut away a part of the wooden stairway below them in the tower before being driven out of the top by the searing flames.

The fire flaming up the interior was so bad that Thompson and Carter had to leave the lantern area at the top and lie down on the 2-foot-wide (0.61 m) tower platform that ran around the outside of the lantern. Thompson's clothes were burning, and both he and Carter had been wounded by the Seminoles' rifle shots. The lighthouse lens and the glass panes of the lantern shattered from the heat. Sure that he was going to die and wanting a quick end, Thompson threw the gunpowder keg down the inside of the tower. The keg exploded, but did not topple the tower. It dampened the fire briefly, but the flames soon returned as fierce as ever before dying down. Thompson found that Carter had died from his wounds and the fire.

The next day Thompson saw the Seminoles looting and burning the other buildings at the lighthouse station. They apparently thought that Thompson was dead, as they had stopped firing at him. After the Seminoles left, Thompson was trapped at the top of the tower. He had three rifle balls in each foot, and the stairway in the tower had been burned away. Later that day he saw an approaching ship. The United States Navy schooner Motto had heard the explosion of the gunpowder keg from twelve miles (19 km or 22 km)[a] away and had come to investigate. The men from the ship were surprised to find Thompson alive. Unable to get him down from the tower, they returned to their ship for the night. The next day the men from the Motto returned, along with men from the schooner Pee Dee. They fired a ramrod tied to a small line up to Thompson, and used it to haul up a rope strong enough to lift two men to the top, who could get the wounded man down. Thompson was taken first to Key West, and then to Charleston, South Carolina, to recover from his wounds.[11] The Cape Florida Light was extinguished from 1836 to 1846.

The island served as a secret meeting place and port for fugitive slaves and Black Seminoles waiting to rendezvous with sea captains or board dugouts for a passage to safety in the British Bahamas.

Although the lighthouse was built to save lives and ships, its unflinching light brought an end to this avenue of escape.

The presence of this badge signifies that this business has officially registered with the Art Storefronts Organization and has an established track record of selling art.

It also means that buyers can trust that they are buying from a legitimate business. Art sellers that conduct fraudulent activity or that receive numerous complaints from buyers will have this badge revoked. If you would like to file a complaint about this seller, please do so here.

This website provides a secure checkout with SSL encryption.

Your cart is currently empty.

This is only visible to you because you are logged in and are authorized to manage this website. This message is not visible to other website visitors.

Buy art with confidence using the Wall Preview Tool. Choose a pre-loaded room setting or upload an image of your own, then adjust the wall color and size of the art product to find the perfect fit for your space.

This business has officially registered with the and has an established track record of selling art. Art Storefronts Organization

Buyers can trust that they are buying from a legitimate business. Art sellers that conduct fraudulent activity or that receive numerous complaints from buyers will have this badge revoked. If you would like to file a complaint about this seller, please do so here.

For proper scaling, stand 10 feet away from the wall.
You can also drag the image to your desired location.

Make the perfect choice with Live Preview: an augmented reality tool that brings artwork to life on your walls so you can discover the image that will make your space truly special.

For the Best Experience,
View on a Mobile Device!

Email Yourself a Link Here:

That's ok. All you need to do is refresh the page to get it working again.

The Live Preview feature requires a modern browser that supports the ability to launch a camera from within a browser. If you believe that your device supports that functionality, you may just need to reload this page to let the browser try to activate your camera again.

The ability to activate your camera in a browser is currently supported by Google Chrome, Mozilla Firefox, and Opera, in both their desktop and Android versions. It is supported by Apple's Safari browser, version 11 and higher. Microsoft’s Internet Explorer has yet to add support for this functionality.

If you cannot get this working, we recommend emailing a link to a compatible device or just use the
Wall Preview Tool >>

Email a Link to a Compatible Device:
Refresh this Page

You must use the Safari browser to use this feature.

The Live Preview feature requires a modern browser that supports the ability to launch a camera from within a browser. Currently, Apple only allows this functionality to occur within the Safari browser. It may allow Chrome and others in the future.

Please open your Safari browser, visit this page again, and you'll be good to go!

Please allow access to your camera in order to use the AR Live Preview app.

All you need to do is open a browser (i.e. Safari, Chrome, Firefox) on your device, open this page in that browser and then allow the app to use your camera.

You need to try another browser to use this feature.

The Live Preview feature requires a browser that supports the ability to launch a rear camera from within a browser.

Please open another browser (Firefox or default), visit this page again, and you'll be good to go!

Email this Image to Your Friends

Below, select which favorite lists you would like to save this product into.

Enter your email below and we'll email you a 20% OFF Coupon right now!

This offer is valid for NEW CUSTOMERS only!